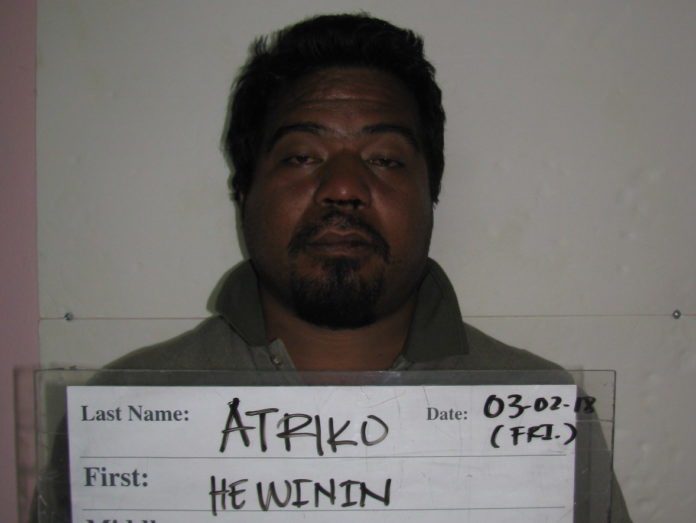 Guam – A 35-year-old man is behind bars, accused of sexually assaulting a little girl who was found with blood dripping down her legs.

A magistrate complaint says police responded to a complaint at an abandoned structure on Catalina Court early Friday morning. When police arrived, the suspect, Atriko Hewinin, was nowhere to be found. But while there they discovered a grisly situation: three children who were sleeping, one of whom had blood dripping down her legs.

Police say the 4-year-old victim was only wearing a white shirt and was naked from the waist down and “appeared to be bleeding from the genital area and blood on the inner and outer thigh of both legs.”

One of the three children told police that they saw Hewinin returning the victim to her bed just a few hours earlier, between 10 p.m. and 12 midnight as the victim was crying.

Another witness also told police that Hewinin was seen standing over the bed where the victim was and that he had a blanket wrapped around his waist. Police eventually apprehended Hewinin who was found hiding in the jungle.

According to police, the 4-year-old girl was taken to GMH where a doctor confirmed that the minor was the victim of sexual assault.