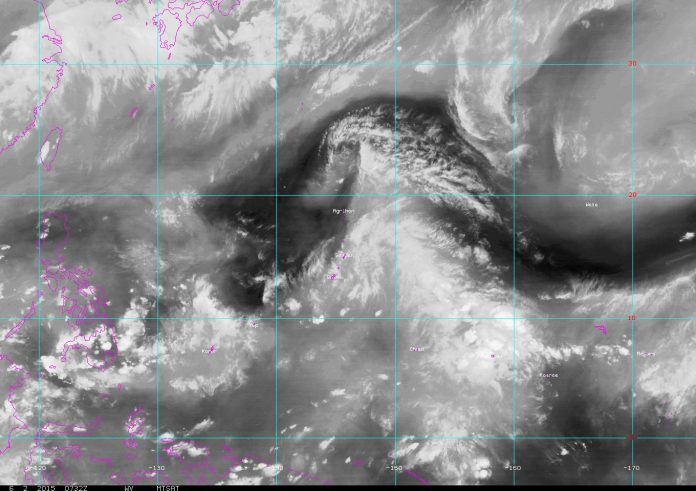 Guam – The National Weather Service says Guam is expected to see several inches of rainfall this week due to a upper-level trough and a weak tropical disturbance.

In its Area Forecast Discussion from this afternoon, NWS writes, “As the upper-level trough moves a bit farther west of the Marianas.. upper-level flow will become more favorable for the development of showers and thunderstorms over the Marianas tonight and Wednesday.”

On top of the trough bringing rain, NWS also points out a weak tropical disturbance as one of the rain makers as it writes, “On addition.. models show the tropical disturbance south-southwest of Guam will slowly move north-northwest to the west of the Marinas by Thursday.”

“Model agreement has been good as well as run-to-run consistency in bringing several inches of rainfall through Friday for the Marianas,” the Weather Service concludes.

.WEDNESDAY THROUGH THURSDAY…CLOUDY WITH SCATTERED SHOWERS AND ISOLATED THUNDERSTORMS. SOUTHEAST WINDS 10 TO 15 MPH. LOWS AROUND 76. HIGHS AROUND 85.