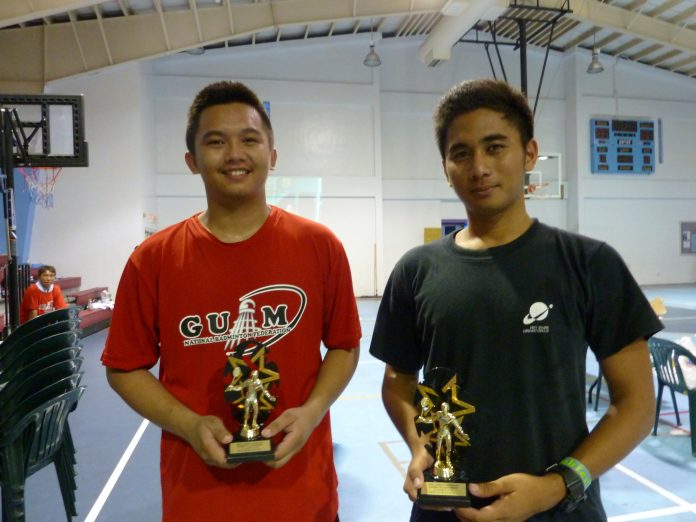 Yigo, Guam – This past weekend, the Guam National Badminton Federation (GNBF) successfully hosted the 2012 Summer Friendship Badminton Tournament.  Against the backdrop of the ongoing London  Olympic Games, our Guam badminton enthusiasts stepped up to the challenge and enjoyed an equally intense amd competitive event with teams from Saipan and the Philippines.

According to Tournament Director, Bong Mojas, a total of 40 pairs participated in the tournament, with 10 pairs from Saipan and 4 pairs from the Philippines.

“For me, the highlights of the tournaments were the championship games between Saipan and Guam teams, as well as those matches between two Guam teams,” noted Mojas.  “For the Guam players, each side is already familiar with each other’s strengths and weaknesses, which makes it all the more exciting to see which team will prevail.”

GNBF has plans to continue this annual event.  “I believe everyone had a great time, and I am gratified to learn that the off-island teams have committed to returning to Guam next year with more players!” says Sandra Low, GNBF president.

GNBF would also like to acknowledge our sponsors – Lin’s Jewelry, Hawaiian Rock Products, Staywell, Pacific Sign Shop, JMI-Edison and MJM International Corporation. It is only with their generous support that enabled Guam to host an event like this.

For anyone interested in joining us, practices are held Tuesdays and Thursdays, 5:30pm – 8:30pm at the North Campus Gym of St Paul’s in Yigo.