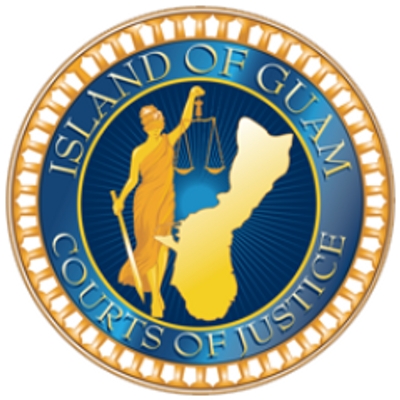 Guam – The Legislature was left in silence when Supreme Court Chief Justice Katherine Maraman testified that the $5,000,000.00 shortfall facing the Judiciary would eviscerate all the progress the Judiciary has made over the years and force many court employees to be placed on furlough.

Chief Justice Katherine Maraman cut straight to the point sharing the stark reality of what would occur at the Judiciary if revenues are not increased come October 1st.

If funding levels for the coming fiscal year dip below levels consistent with our decreasing cash allotments of the past two consecutive years, the Judiciary of Guam, on October 1, 2018, will have to implement the following actions:

The Compiler of Laws Office will downsize and two staff laid off; all four administrative staff members of the Office of the Public Guardian will be taken off our staffing pattern, with the Public Guardian to personally manage the day-to-day operations of the office.

The same will apply to the Ethics Prosecutor, who will manage the office without an Executive Secretary.

Client Services and Family Counseling Division will be reduced by five and judges will be directed to order treatment and non-forensic assessments from the relevant executive branch agencies.

Finally, their largest division, Courts & Ministerial, will reduce its staffing by two more people to include the Language Assistance Program Manager.

“Total staff to be discharged will be 47, at a minimum. That will save approximately 3.75 million dollars. In order to cut the additional amount needed the entire judicial branch of the government of Guam will be placed into a 36 or 38-hour workweek that will be in line with Judicial Council and our human resources rules and policies. A 32-hour work week may be implemented should fiscal conditions warrant,” explained Maraman.

The budget shortfall would also mean that the Judiciary of Guam will close the Northern Court Satellite and bring all staff back to the Guam Judicial Center to support core court functions.

According to Maraman most contracts funded by the General Fund will be terminated.

Increments, merit bonuses and recruitment for remaining court positions will be suspended and the electronic monitoring program implementation will be halted.

“We will leave in place a reduction in court appointment attorney fees, the Judiciary Quality Time Program and continue the ban on locally funded travel. We will freeze all vacancies, purchases of drug kits, ammunition, and supplies. Intake counters at the Clerks’ Offices and the Probation Services Division will continue to close at 4:00 p.m. or earlier. Several of these actions were already started on February 19, and will continue into the foreseeable future,” stated Maraman

Financial predictability and stable funding is what the Judiciary of Guam is seeking from policymakers, but without it Chief Justice Maraman reiterated, “The contemplated drastic cuts to our funding will effectively eviscerate these years of progress, to the utter detriment of the people to whom we are all accountable. Remember as you make these judgments that we, public servants, are called to serve and protect all of the people of Guam, most particularly those who because of their circumstances need us the most.”

Chief Justice Maraman’s testimony was relative to Bills 332-34 & 237-34 which pertains to appropriations for the Executive, Legislative and Judicial branches of the government for FY 2019.