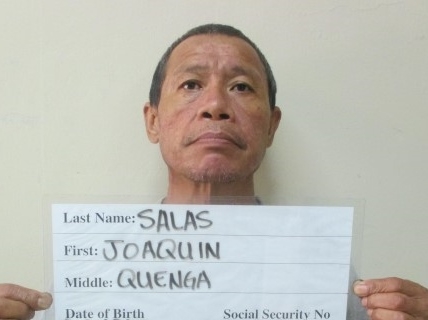 The victim’s sister also told police that she had been sexually assaulted when she was a minor.

Guam – A 52-year-old man is facing numerous charges of criminal sexual conduct for molesting a 13-year-old female known to him.

Police say the victim reportedly tried to run away from a residence she was staying in to prevent Salas from molesting her. The victim told police that Salas had repeatedly sexually assaulted her on several occasions.

The victim’s sister, whose age was not released, also reported to police that she had been sexually by Salas when she was a minor.

Salas was booked and confined.