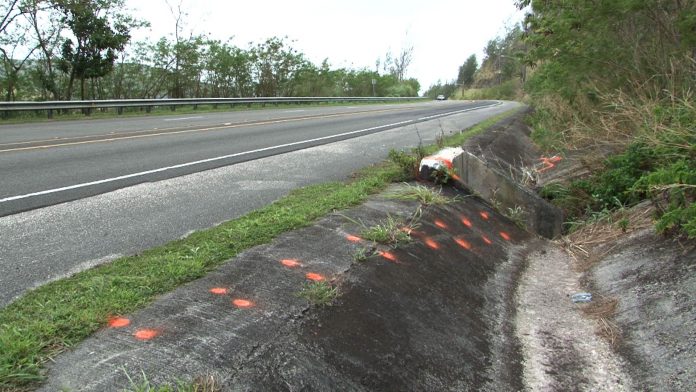 The other three passengers of the vehicle were released from the hospital this afternoon.

Guam – One of the victims involved in a serious car accident yesterday afternoon has passed away last night.

According to Medical Examiner Dr. Aurelio Espinola, 53-year-old Ruth Sanchez died as the result of a broken neck sustained during the accident. Espinola says that Sanchez, who was in the passenger seat at the time of the accident, did not show any other signs of trauma around her body.

At about 3:50 pm yesterday afternoon, Guam Fire Department units responded to an overturned vehicle in Umatac.

Of the two extricated, Reilly says, one had CPR performed at the scene and enroute to the Naval Hospital. The other patient extricated and the other two passengers in the vehicle were transported to the Guam Memorial Hospital.

Balajadia says Guam Highway Patrol will continue to investigate this case. No arrests have been made.