Guam – The condition of a 54 year old motorcycle accident victim has improved to stable.

GMH Nursing Supervisor Shirley Pinera says that the man remains in the ICU but he is stable after being listed as serious Sunday night.

The injured man was riding a 2012 Kawasaki motorcycle north on Route 1 through the intersection with Route 16 at the Micronesian Mall.

Another man driving a 2001 Toyota Camry was southbound on Route 1 when, according to a witness, the driver failed to stop at the red light and began making a left turn onto Route 16, hitting the motorcyclist.

The accident remains under investigation. 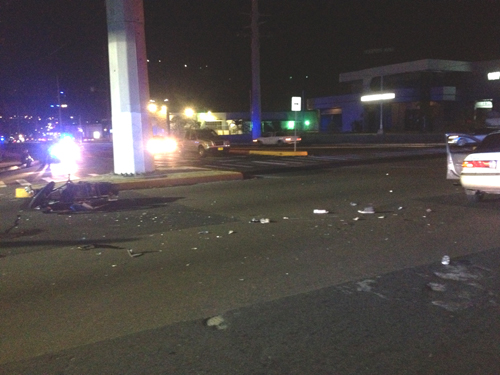