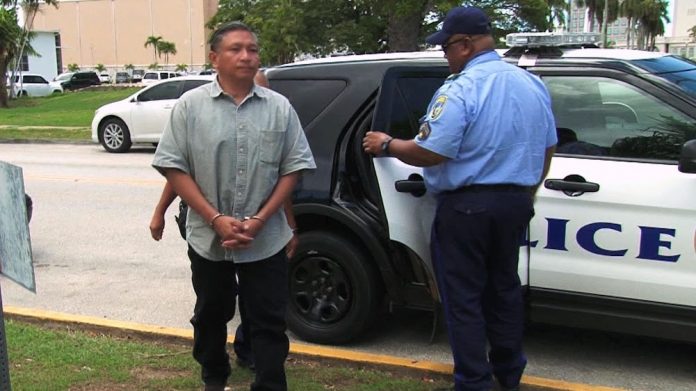 Sergio Florez Cruz of Inarajan was arrested for the car accident that occurred in front of McDonald’s in Hagåtña on May 19.

Guam – Police officers arrested a 55-year-old man today for a car accident that killed a woman back in May.

Sergio Florez Cruz of Inarajan was arrested for Vehicular Homicide, Imprudent Driving, Speeding in a Posted Zone, and Private Roadway or Driveway Failure to Yield. He was booked and confined.

The car accident occurred in front of McDonald’s in Hagåtña on May 19, where a silver sedan that was heading northbound on Route 4 with two female occupants collided with another vehicle. According to Guam Police Department Spokesperson Captain Kim Santos, the silver sedan attempted to make a left toward McDonald’s when it was struck on the front passenger side by a black Nissan Frontier that was operated by Cruz, who was traveling south on Route 4.

Both women were taken to the Guam Memorial Hospital. As a result of injuries sustained in accident, one of the women passed away.