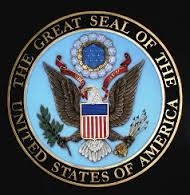 The lawsuit also includes a Guam based Veterans group.

Six U.S. Citizens, two of which live on Guam, have filed a federal lawsuit challenging federal and state laws that they say deny them the right to vote because they live in certain U.S. Territories.

“If you and your twin brother lived in Illinois and were registered to vote there and you decided to move to the Marianas and one of you moved to the CNMI and one of you moved to Guam. The brother who moved to the CNMI would be able participate in the election for president, senate, and house of representatives using an absentee ballot would, you would not be able to,” said Leeven Camacho, one of the attorneys representing the plaintiffs.

According to Camacho, the lawsuit is claiming that the way territories are treated by the United States is arbitrary. The state of Illinois was chosen as the site of the case because Illinois is one of a few states that allow residents to vote for the presidency, senate and congress. The case centers on the fact that on Guam, Puerto Rico and the Virgin Islands, the aforementioned resident cannot vote. However if that same resident took a 50-minute plane ride to the CNMI, they can vote.

According to Camacho, the case was filed on Veterans Day because some of the plaintiffs served in the U.S. military in Iraq and Afghanistan.

“We filed on veterans day because we don’t like the lack of care veterans are receiving versus the care they would be receiving on Hawaii or California. The way that we treat our veterans that move to Guam. Both of our plaintiffs actually served in the armed forces.” said Camacho.

Camacho also brings up how residents from the District of Columbia, which is a us territory are allowed to vote for president, senate and congress through an amendment to the constitution. He says the goal of this lawsuit hopes to achieve a similar amendment.