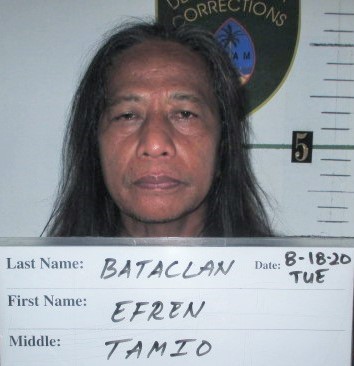 On Monday, August 17, 2020, officers assigned to the Southern Precinct Command conducted a traffic stop in the Piti area.

Through the course of the traffic stop, search was conducted and officers discovered that the operator, 61-year-old Efren Tamio Bataclan, had suspected drugs in his possession which later tested presumptive positive for methamphetamines.

According to GPD spokesman Sgt. Paul Tapao, Bataclan was transported to the Southern Precinct Command and later arrested for the following offenses:

Efren Tamio Bataclan was subsequently booked and confined at the Department of Corrections. This case has been forwarded to the Office of the Attorney General.