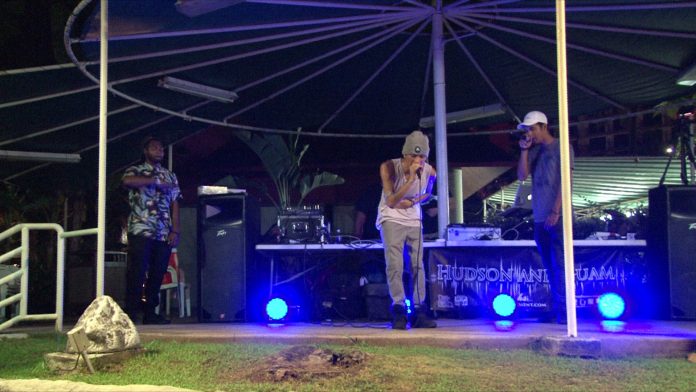 For the Mic Hog Battle, sponsored by the Sorensen Media Group, grammy-winning producer DJ LES came out to Guam to guest judge.

Guam – Guam’s first ever mic hog battle featured some of the island’s best hip hop and rap artists on Sunday. Three musicians battled it out vying for the title of Mic Hog Champion. The event was also hosted by Sorensen Media Group.

The Mic Hog battle was held at Tarza Water Park and was produced by Hudson and Guam entertainment’s Chris Santos as well as producer Garth Golding.

Proceeds from the mic hog battle will benefit the University of Guam’s Music art poetry society or MAPS museum.

“It’s just great, the feeling’s great and to be able to give back and support the University of Guam and help them with this museum and raise some funds and just really put everything back into it cause the kids, the future, everybody, is what’s gonna carry on the legacy,” said DJ LES during a press conference for the event.

The winner of the mic hog battle battle was 67.Uno.Elite. The competition was judged by Power 98’s Reese the Beast and 105 The Kat’s DJ Bronson and well known Guam rapper John Meta Sarmiento.