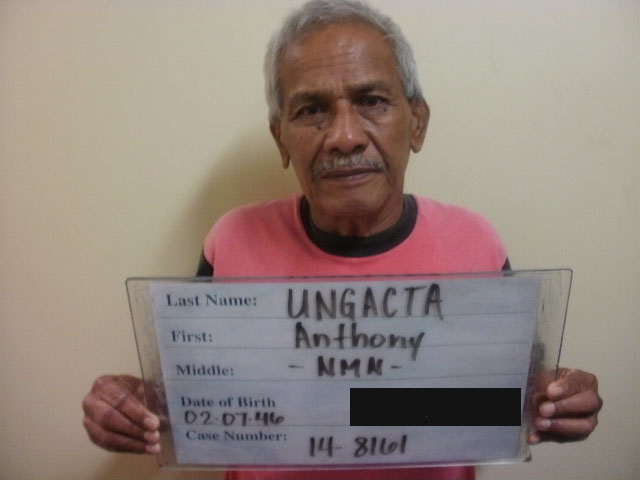 Guam – 68 year old Anthony T. Ungacta has been accused of molesting his 6 year old granddaughter 8 years ago, when he was 60 and the girl was just 6 years old.

According to the Magistrate report, the alleged molestation occurred on one occasion sometime between “between January 1, 2006 and December 31, 2006”.

The alleged incident occurred when Ungacta and his daughter and granddaughter were sleeping in the same king-sized bed. The girl, who is 14 now, has accused her grandfather of inappropriately touching her. The touching lasted for 3 seconds.

READ the Magistrate report HERE (scroll down, last one)