Guam – Grey skies and early morning showers did not dampen the spirits of thousands who gathered in Hagatna this morning for the 70th Annual Liberation Day parade.

The theme of this year’s Liberation festivities is  “Generations of Service & Sacrifice”.

The Guam Hogs motorcycle club led the way followed by representatives from the various military contingents on island, including the Marine Corps III Marine Expeditionary Force Band, and then the village floats.

And as the parade wound south down Marine Corps Drive for the first time, the skies cleared.

The celebrations will be capped off tonght with two fireworks displays at the Libertion Carnival grounds in Tiyan, and a performance by the the Marine Corps III Marine Expeditionary Force Band. 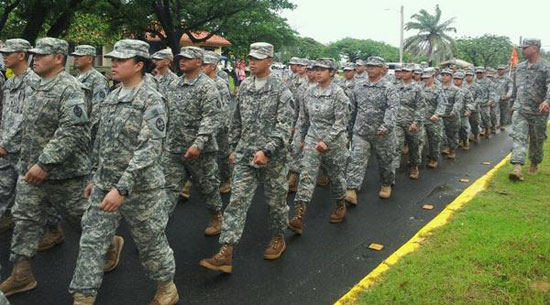 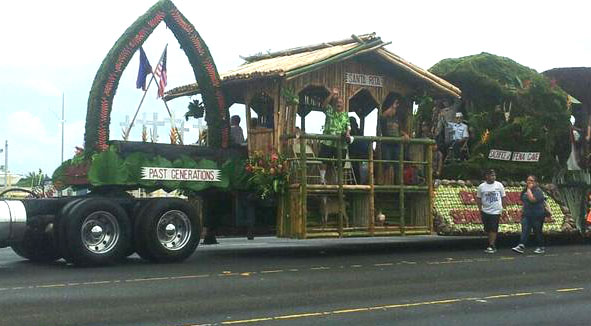