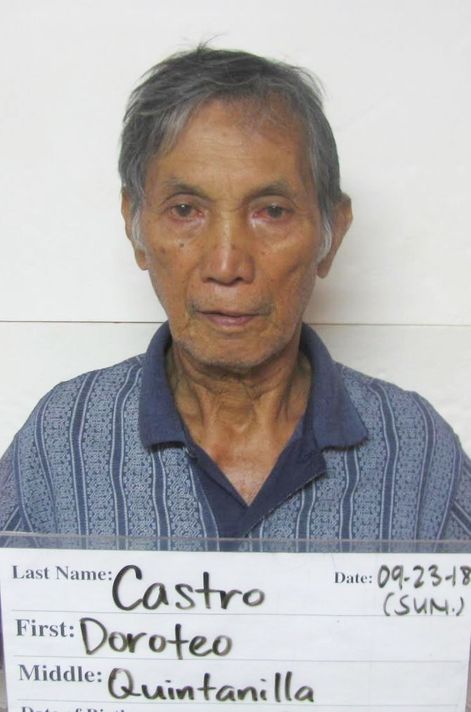 Guam – A 77-year old man is behind bars after he allegedly sexually assaulted a teen girl on two separate occasions.

Doroteo Quintanilla Castro was charged with 4th degree criminal sexual conduct as a misdemeanor this afternoon.

According to court documents, it is alleged that he forced a 16-year old girl to touch his genitalia last year in December.

That incident according to the victim “stayed between them,” however, a second incident which occurred earlier this week could not go unreported by the victim.

During this recent incident the victim, now 17-years old tells police that Castro had touched her private areas and attempted to kiss her.

The victim contacted her mother and then reported the assault to police.