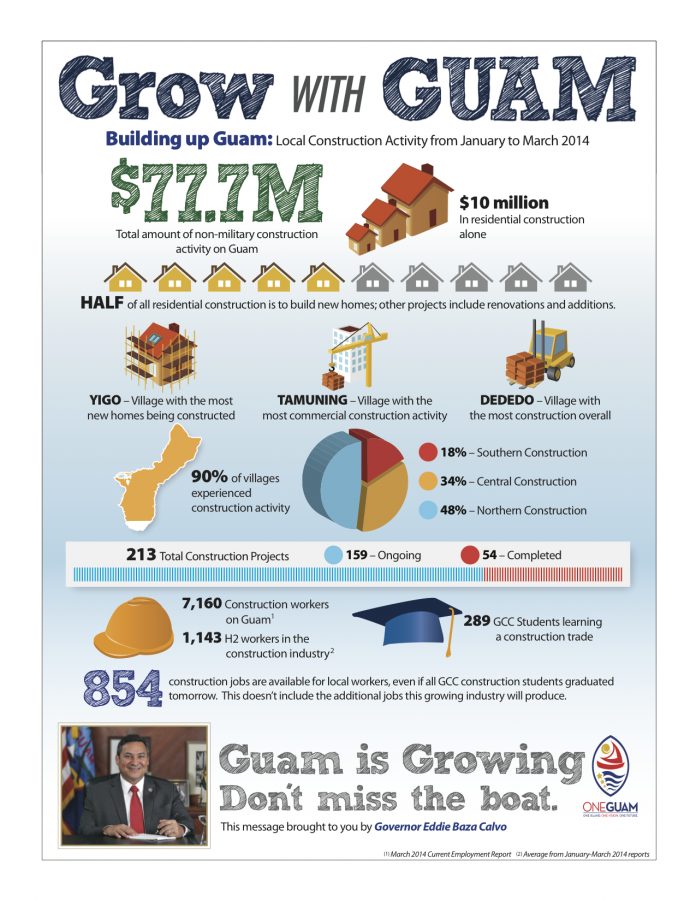 Guam – The Governor’s Office is calling attention to the recent spurt in construction activity around the island.

Since the start of the year, every village on island,  except Umatac and Merizo, has seen some construction activity. Dededo saw the most with 31 projects underway or completed.

The total dollar value of all that construction is $77.6 million. Governor’s Spokesman Phil Leon Guerrero says its a sign of a growing economy.

Leon Guerrero also says the Governor is encouraging anyone who wants to take advantage of the growth to enroll in GCC and learn a trade.