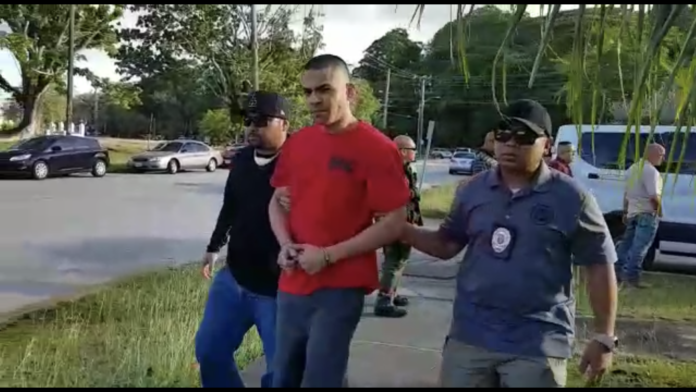 Guam – Several arrests have been made in the fatal prison beating of detainee Manson Ernest last December.

An autopsy revealed that Ernest had injuries consistent with a beating, including a contusion to his face. Ernest died of a crushed chest and lacerated liver.

Following suspicion that the Department of Corrections may have been involved in a coverup of Ernest’s death, the investigation was announced publicly through a press conference to allay fears of corruption.

It appears that the victim may have also been sexually assaulted as one of the arrestees, Rios, was charged with first degree criminal sexual conduct.

The remaining defendants were all charged with murder. All eight men were also charged with conspiracy, while Rechim, the only one facing aggravated murder, was addtionally charged with destruction of evidence, which corroborates the assertions of Medical Examiner Dr. Aurelio Espinola who told PNC that evidence may have been tampered with.

In addition, one of the defendants–Albert Santos–is also facing charges in another prison beating. He is one of the alleged perpetrators identified in the maximum security unit beating of Justin Meno from March 2017.

At the time of his assault, Ernest, also known as Edrit E. Isar, was facing charges of criminal sexual conduct for allegedly raping a victim with down syndrome.

You can read the release from GPD below:

Earlier today, detectives from the Guam Police Department’s Criminal Investigation Section arrested eight (8) men in connection with their involvement in the death of Edrit E. Isar, who at the time was a detainee at the Hagatna Detention Facility.

The preliminary investigation suggests that on December 29, 2017, detectives opened up a death investigation into the discovery of detainee (Isar), who was found lifeless within a cell at the Hagatna Detention Facility.

An autopsy performed by the Chief Medical Examiner, revealed Isar died as a result of a crushed chest with the manner of death ruled as a homicide.

After interviewing both detainees housed at the facility to include corrections officers assigned to the facility at the time of the finding, detectives uncovered evidence linking eight (8) detainees to Isar’s death.

As a result of this evidence, detectives have arrested:

All eight men were Booked and Confined.

At this point in time, no other suspects have been identified in reference to this incident, and with the arrest of the eight (8) men, this investigation is closed. This investigation has been forwarded to the Office of the Attorney General for their prosecution.