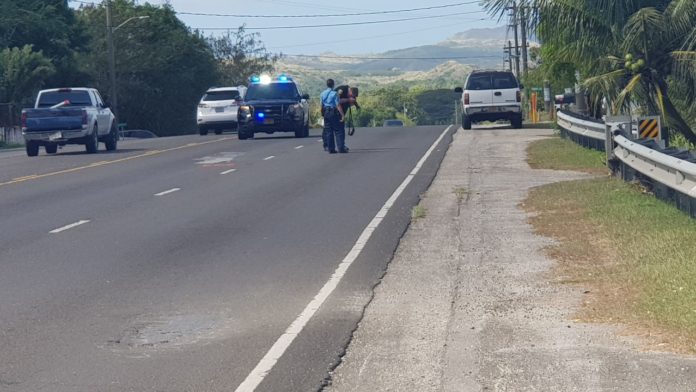 Guam – The man who was struck by a vehicle Wednesday night as he attempted to cross Route 10 in Mangilao has passed away.

According to Guam Police Department Spokesperson Officer AJ Balajadia, an 81-year-old male individual identified as Jesus Taitano Francisco was attempting to cross Route 10 by a 24-hour laundromat when he was struck by a 2009 Toyota Yaris just before 7 p.m.

The vehicle was being driven by a 59-year-old man from Yona. Balajadia states that following the accident, Francisco was unconscious but still breathing heavily while being transported by Medics to Naval Hospital.

On Thursday, Balajadia confirmed that Francisco had passed away.

The Guam highway patrol is conducting an investigation into the accident.