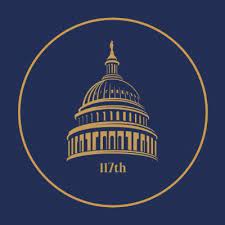 Despite 96% of House Republicans voting against the “Right to Contraception Act,” the House of Representatives passed the bill.

PNC’s Althea Engman has the details on this story.

John Joyce, Republican Representative for Pennsylvania said, It’s clear that the majority is once again trying to score cheap political points in the press, and in the process to consider the patients and health outcomes have not been evaluated. this type of political malpractice would be similar to a doctor who prescribes a medication or recommends a surgery without doing the evaluation of the patient, without doing the due diligence, and without dust discussing the course of treatment which is best.

In response to the argument that it was rushed, Director for the Bureau of Women’s Affairs, Jayne Flores, believes that it is something that is needed right now, especially with the overturning of Roe V. Wade.

Judy Chu, Democratic Representative for California said, “Birth control is health care, plain and simple. It is critical to women’s health and women’s equality. and no one, not the supreme court, not congress, not your boss should be able to interfere with your family decisions. We have seen just how far this court of un-elected judges will go to erode our actually protected rights.”

Moreover she shared with PNC her reaction to the 96% of republicans voting against this act.

The measure gives women access to contraceptives on the federal level, this would allow people to obtain and use birth control while also safeguarding a health care provider’s ability to supply such products.

Katherine Clark, Democratic Representative for Massachusetts said, “As a reminder, the year is 2022, not 1922, not 1822. it is well established, birth control is central to a person’s ability to plan their future, to care for their families, get an education, have a career. but the extremist republican party is determined to take us back in time and take away our freedoms. politicians have no business in your bedroom or your doctor’s office.”

Flores added that if leaders are against abortion and contraception, they should give people the means to raise those babies on their own.

Furthermore she added that Prugramin Pinalin is one of the innovative ways the government has helped out parents.

Jayne Flores, Bureau of Women’s Affairs Director said, “That type of innovation is what we need in order to help our society have a better handle on how many children they want or what they want to do, or how to afford children.”

ABCnews reported that the bill would additionally authorize the attorney general, health care providers and other individuals to take civil action against any states that violate the provisions of the bill.