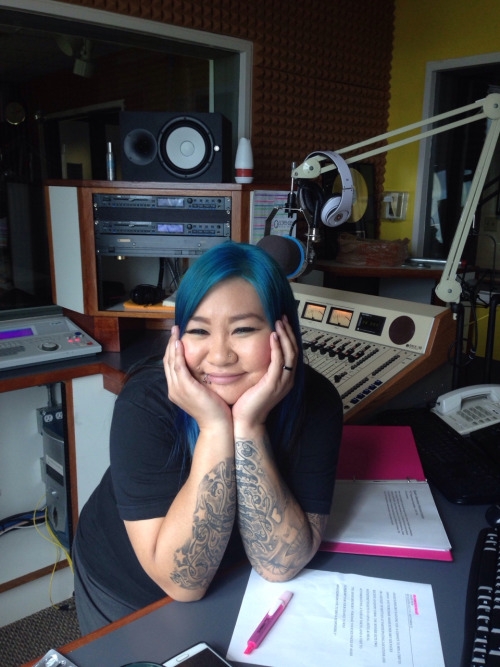 One of Guam’s familiar DJs will be the first person to host Guam’s only all-island music station, 99.5 FM, The Shark.

Listeners may notice that one of Guam’s familiar DJs will be the first person to host on Guam’s only all-island music station, 99.5 FM, The Shark.

The Sorensen Media Group, parent company of 99.5FM,  is proud to announce Cookie Cruz as the first official talent on the Shark.  She is moving her “Cookie Jar” show from Power 98 to the Shark’s morning segment from 6:00 am to 10:00 am. PNC spoke with Kyle Mandapat, Program Director of both Power 98 and the Shark, about the new switch.  Mandapat stated that he could not think of anyone better for the position other than Cookie Cruz.

Cruz has been working in Radio for over 6 years and told PNC that she is looking forward to further promoting local artists, local music, and island music.  She feels that she will bring brighter mornings for listeners to enjoy and she appreciates the island vibe that she will be promoting through the Shark.

Her new position will not conflict with her current position as host of ‘Trader Horn,’ the island’s longest-running, free classified program on Newstalk K57.

Program Director, Kyle Mandapat told PNC that the new addition is one of the many new changes that listeners can look forward to in the future.