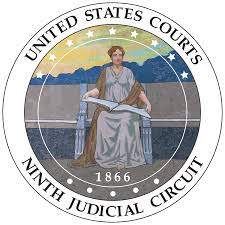 A 9th Circuit panel has affirmed a district court’s decision that the U.S. Navy did not violate federal environmental laws when it signed a treaty to relocate about 8,000 Marines and a Marine base from Okinawa, Japan to Guam.

The Tinian Women Association, Guardians of Gani, PaganWatch, and Center for Biological Diversity earlier filed suit claiming that the Navy failed to consider relocation alternatives beyond Guam and the Commonwealth of the Northern Mariana Islands and that it failed to follow procedures in doing so.

The suit was originally filed in the U.S. District Court of the Northern Mariana Islands.

The plaintiffs alleged two procedural claims under NEPA with respect to the Navy’s decision to relocate troops to Guam and to construct training facilities on the CNMI. First, plaintiffs argued that the two decisions were “connected actions” that must be assessed in a single environmental impact statement (EIS). Second, the plaintiffs argued that “cumulative impacts” must be addressed in the Relocation EIS.

Ramona V. Manglona, the presiding Chief District Judge in the case, ruled in favor of the Navy, and rejected the two procedural claims put forward by the plaintiff groups.

The 9th Circuit panel affirmed the district court’s rejection of these claims. First, the panel held that the Marines’ relocation and the placing of training facilities on Tinian Island in the CNMI were not connected for the purposes of an EIS.

“Although the two actions have overlapping goals, where Marines on Guam will certainly take advantage of the training ranges and facilities in the CNMI, they also have independent utility,” the panel ruled.

Second, the 9th District panel held that the Navy’s deferral of consideration of the cumulative impacts to a future EIS was not in error.

“By issuing a notice of intent to prepare an EIS for the training and ranges in the CNMI, the Navy has impliedly promised to consider the cumulative effects of the subsequent action in the future EIS and the Navy should be held to that promise,” the panel stated.

The panel also held that plaintiffs’ remaining claim – that the Navy failed to consider stationing alternatives beyond Guam and the CNMI for Marines relocating out of Okinawa – also failed.

Specifically, the panel held that the plaintiffs’ claim was not redressable by the judicial branch and must be dismissed for lack of standing.

“Plaintiffs correctly identified the right to a procedurally-sound EIS that serves as a safeguard to its numerous interests on Guam and the CNMI; but plaintiffs did not – and could not – show that this right, if exercised, could protect its concrete interests, because doing so would require the panel to order the Navy to modify or set aside the agreement between the United States and Japan,” the panel stated.

Under the agreement, the United States agreed to relocate approximately 8,000 Marines—including relocating the headquarters of the III Marine Expeditionary Force to
Guam, with Japan providing more than $6 billion in funding.