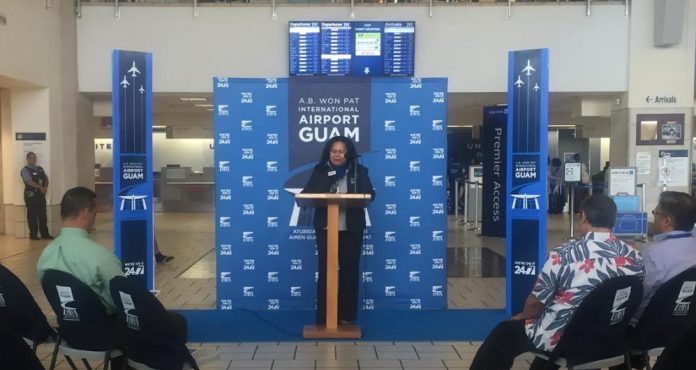 A new baggage system will replace the outmoded system, making for a more streamlined and efficient check-in process.

The $26 million project is now up and running.

Located behind the ticket counters of united airlines, the new screening pods will replace outdated systems at the front allowing airline agents to simply tag bags and send them off to the conveyor belt.

And with an inspection of over 680 bags an hour, per unit, airport personnel tell PNC that the new system can help monitor the thousands of luggage that goes through our airport.

PNC got a rare peak behind closed doors where the new baggage system is housed.

“I don’t know how many of these long term challenges that we’ve had at the airport that we’ve been able to find solutions and provide increased customer services for our people this part project was a 15 year challenge to the people of Guam and its passengers and arriving tourists and Department of Defense folks that work here,” said Charles Ada, Executive Manager.

The airport’s goal was to meet 2 million passengers, but Ada says they will not only meet that goal, but exceed it with the new system in place.