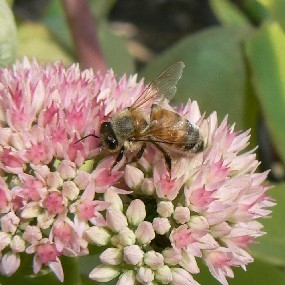 Maintenance is the best way to control the spread of varroa mites, which have only infected wild beehives so far.

Guam – Today we bring an update on the varroa mite. You may have heard of them as an invasive bug that feeds on local honeybees. At this point, researchers still have no treatment option to get rid of the pests.

In July 2015, we interviewed the University of Guam’s Research Associate, Christopher Rosario, on the issue of varroa mites infecting Guam’s local honeybees. At the time, researchers hoped to use a chemical treatment called MiteAway Quick Strips that would be used to kill the varroa mites.

We sat down with him again today and he now says they are struggling to get the chemical shipped to Guam because the treatment is too corrosive.

Rosario says there are currently no treatments for the varroa mite. He adds that the best way to control infection is by taking care of the hives through maintenance, and checking the hives every three weeks.

Saipan and Tinian do not fare as well as Guam and continue to maintain a high percentage of infected hives, both feral and domestic. Over the past year, Guam’s infected bee hives consist only of feral hives, while the domestic bees remain unaffected with the help of beekeepers’ maintenance.

The good news is, compared to the U.S., Rosario says varroa mites on Guam’s honeybees can still be contained. However, he says that the United States is losing about fifty percent of their hives each year due to numerous factors including the varroa mite.

On Guam, two out of nearly thirty hives sampled are infected by the pests.

Since no treatments are available, Rosario explains that he resorted to spraying infected bees with pesticides, which had fatally killed them to avoid an escalation, “which is something I don’t want to go towards.” He would need help from the public in gathering all feral hives for sampling and health maintenance.

Rosario and the University of Guam ask that you help by reporting to the Guam Beekeepers Association, or by calling Christopher Rosario at 487-1640 or rosarioc1640@hotmail.com, if you find any hives.