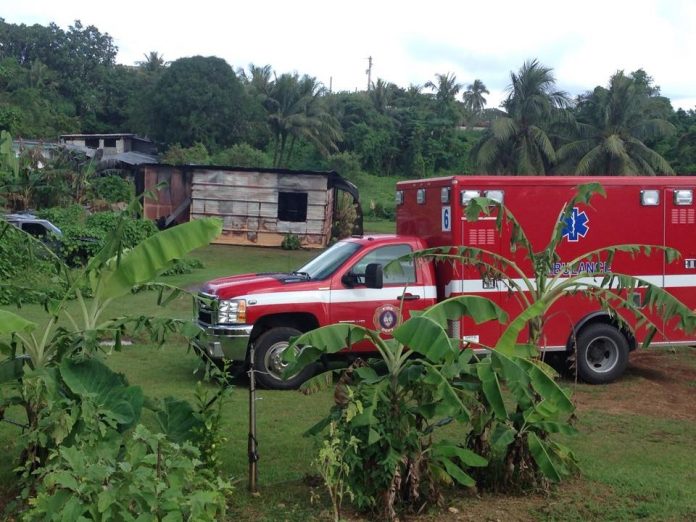 A family of five has lost their Inarajan home after it was destroyed by a fire this afternoon.

Fire Captain Ronnie Chiguina says a 911 call was made by neighboring relatives when they smelled smoke coming from the empty house.
Chiguina says, “Our first units arrived and they performed fire attack 12:37, got it under control in about 12:56, about 20 minutes to extinguish the fire.The 20×30 wooden tin structure was fully involved as they confirmed.”
GFD says a family of five live in the residence but no one was home at the time so no one was hurt.

Although, Chiguina says, “The structure is really unsafe, most of it is still standing, again it’s made out of wood and tin so the fire attack was made from the exterior. At this point, preliminary investigation point to electrical in nature.”