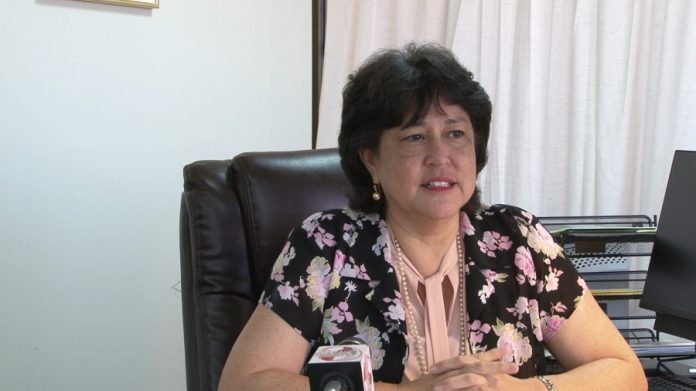 Attorney General Elizabeth Barrett Anderson says that GVB should handle the rest of the procurement for FESTPAC from here on out.

Guam – After some senators raised concerns that the procurement process for FESTPAC was being funneled through an event coordinator, Attorney General Elizabeth Barrett Anderson says that GVB should handle the rest of the procurement for FESTPAC from here on out.

Elizabeth Barrett Anderson says she and the Office of the Public Auditor met with FESTPAC committee chairman Nate Denight about how to proceed with procurement for FESTPAC.

Last week the A.G. told the FESTPAC committee and the Department of Chamorro Affairs that they could not funnel some $4.2 million dollars in tourist attraction funds through a company that won the bid to be the FESTPAC event coordinator because that company’s contract was only for $800 thousand dollars.

Essentially if the FESTPAC committee and DCA wanted to spend $4.2 million through that company the RFP and the contract for the event coordinator should have been for $4.2 million dollars. “Had perhaps the RFP that DCA had issued out had been better coordinated with my office we would have understood what they were trying to do. It didn’t get accomplished so that’s why we held them to the 800 thousand,” said the A.G..

The FESTPAC money was given to the Department of Chamorro Affairs who awarded the $800 thousand dollar event coordinator contract to Adztech. The problem is they need to spend some $4.2 million dollars for FESTPAC.

“The procurement structure of the Department of Chamorro Affairs is not as strong or historic and because of that both the OPA and I suggested that GVB take a look at this,” said The A.G.

Now the A.G. is recommending that the millions in FESTPAC funding be handled by the Guam Visitor’s Buruea but GVB’s board will have to meet to decide whether or not they will handle these funds. “So tomorrow is our board meeting. So I’ll bring up the OPA and the A.G.’s suggestion that these funds come back to GVB,” said FESTPAC Committee Chairman Nate Denight.

It’s not yet certain if GVB will take on this responsibility however as they turned the funds over to the Department of Chamorro Affairs at the recommendation of their auditors Deloitte and Touche.

If the money does go back to GVB Denight says they will likely use their existing event coordinators RIMS and Tropical Productions. FESTPAC is about 2 months away. It’s scheduled to begin on May 23rd.