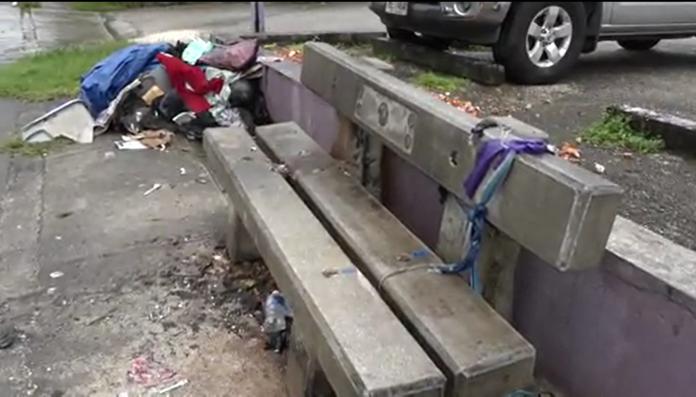 According to GPD, at 11:36 AM  yesterday, officers responded to a wellness check about a woman located at Route 16 in Harmon.

Officers approached the woman who was lying on a bench and appeared to be unconscious, unresponsive, and appeared lifeless.

According to GPD, the woman was recognized by patrol officers.

In an interview with PNC, a bystander named Bob knew of the woman for several years.

He said, “Ever since I came here, like two years ago. I always see her there.”

The next of kin has yet to be located and the woman has not been identified. The woman was transported to Guam Memorial Hospital where she was pronounced deceased from natural causes.