Guam – Andersen Air Force Base Commander, Brig. Gen. John W. Doucette has been assigned to NATO’s Joint Warfare Center in Stavanger Norway. Col. Steven D. Garland from Nellis AFB in Nevada has been selected to replace him as Commander of the 36th Wing here on Guam.

No change of command ceremony has been scheduled yet.

According to a General Officer Announcement on defense.gov Doucette will become the Deputy Commander/ Chief of Staff at the Joint Warfare Center which falls under NATO’s Supreme Allied Command for Transformation.

Doucette has been the Commander of AAFB’s 36th Wing since June 2010.

Col. Steven D. Garland is currently the Commander of the 99th Air Base Wing, Nellis AFB in Nevada.

According to the general Offcier announcement on defense.gov he has been selected for the rank of brigadier general, commander, 36th Wing, Pacific Air Forces, Andersen Air Force Base, Guam. 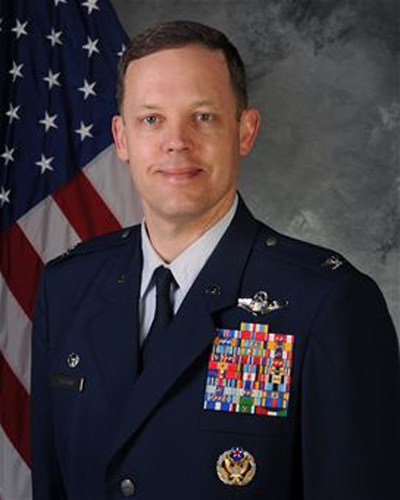