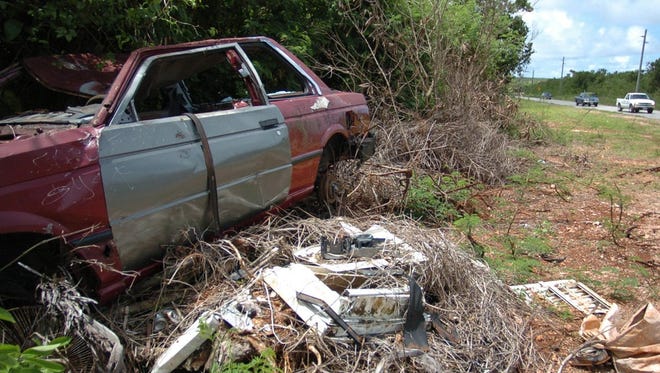 Testimonials from members of the Guam Legislature and Guam’s Mayors Council were heard Friday, February 4th through a virtual meeting to discuss Bill 155-36.

PNC’s Devin Eligio has the story…

The bill, introduced by Senator Tony Ada, aims to speed up the process of removing junk vehicles from the road. Among other things, it proposes to shorten the current 10-day period for owners to claim their abandoned vehicles to 3 days.

According to Mayor Gogue of Ordot-Chalan Pago, evaluating the value of these vehicles using online resources may help the process of removing the vehicles.

Currently, there is no government lot or compound to store these cars before disposal.

According to Angel Sablan, Director of the Mayors Council of Guam, the Guam Police Department removes the license plates of these abandoned vehicles, making it difficult to identify and locate the owner.

Senator Telo Taitague said in the hearing that the abandonment of cars is an issue not only among local residents and is now a growing concern with military service individuals.

Taitague referenced a similar issue in Hawaii and how the state mitigated the problem by having service individuals register the vehicle on the base. When stationed elsewhere, these individuals must indicate what they did with their vehicle whether they shipped it or disposed of it.

According to the bill, vehicles appraised at a value of one thousand dollars or less may be appropriately disposed of by the Director of DRT or the village mayor where the vehicle was removed.

Vehicles valued over one thousand dollars may be put up for public sale by DRT after given 10 days notice of the sale.

Any such sale shall be used for junk and salvage purposes only.