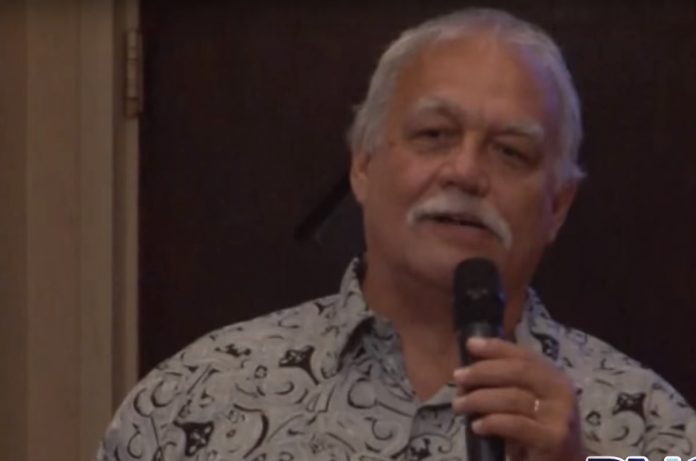 The US Department of Labor says an investigation revealed that the contractor failed to provide health and welfare fringe benefits for a period of two years.

Guam – Able Industries, a local contractor that was doing business with the federal government, has been cited for violating labor laws and has been ordered to pay back nearly $200,000 it embezzled from some 200 employees.

“What that law requires is that contractors who provide services to the US Government are required to pay baseline minimum wage as well as what we call fringe benefits to their employees. As a result of our investigation, we found that Able Industries in fact failed to pay their employees the required, what we call health and welfare fringe benefits,” says Candoleta.

Candoleta says they determined that Able Industries failed to pay employees fringe benefits for a period of two years, from 2011 to 2013. The total amount was $190,578 to 202 employees.

The company was a local contractor whose employees provided janitorial and maintenance services in Naval Base and Andersen Air Force base. Headed by then-CEO Ken Leon Guerrero, Able Industries prided itself in having one of the largest workforce of individuals with disabilities.

The company was mired in controversy after its former board members accused Able Industries management of misusing funds. Back in 2011 Able Industries was also accused of not paying its employees their regular salaries in a timely manner and the matter was taken to court.

Then about a year later, the company filed for bankruptcy. Candoleta says the US Department of Labor’s investigation had nothing to do with the local court case.

“The employer, Able Industries was required under the Service Contract Act to provide a benefit to their employees–a health and welfare benefit. And basically they were supposed to be paying a certain amount, in this case, to the employees and to their accounts, if you will, and that did not happen,” notes Candoleta. “By not remitting those employee amounts to wherever they needed to go–and so therefore because they didn’t do that, we’re saying you had to do that. You didn’t do it. You violated the law.”

In addition to requiring Able Industries to pay back the money owed to the 202 employees, Candoleta says US Department of Labor was also able to obtain an order that bars Able Industries from being able to bid on federal contracts for a period of three years.

“The next step here is to notify the contracting agency that Able did business with that we have this judgment and this order so that now we can facilitate the transfer of the withheld funds that the contracting agency has, transferred to the US Department of Labor and then we will be able to process those payments for the affected employees,” says Candoleta.

Candoleta says this case should be a lesson for businesses and contractors to comply with labor laws.

“If any cotnractors out there for whatever reason wish to circumvent or ignore their responsibilities and their obligations under this act, then there definitely will be consequences, whether it be us withholding their funds and/or requesting and going through and having them debarred from participating in any future contracts. So basically we just ask the contractors to play by the rules,” he says.

Candoleta says in addition to the company being debarred, the CEO himself, Ken Leon Guerrero has also been prohibited from participating in any federal contracts as an individual.

Calls to Leon Guerrero were not returned as of news time.