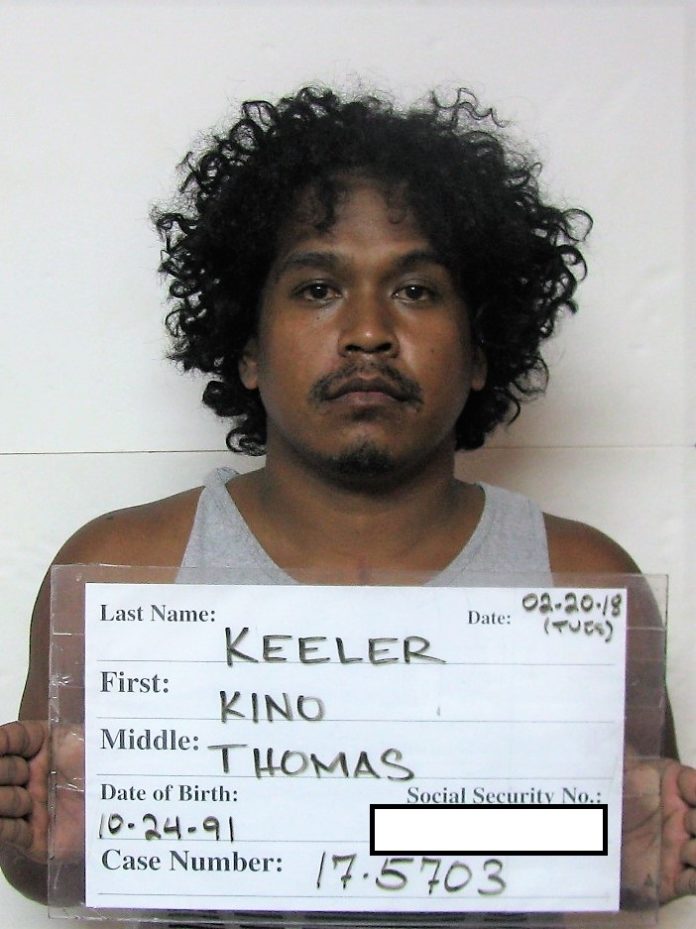 Guam – An accused rapist remained on the run for nearly a year, before local authorities were able to locate him.

Two women were sexually assaulted on the same night, by Kino Thomas Keeler. The first victim was alseep in her bedroom in Tumon, when she awoke to Keeler digitally penetrating her. She screamed for him to stop before he exited the room. A short time later Keeler entered the room again the victim once again was asleep and awoke to Keeler raping her. The court complaint states that victim kicked her attacker in the stomach and yelled for him to leave. The same night another woman in the residence also woke up to Keeler sexually assaulting her, indicating that he was rubbing her buttocks. After the incident the second victim entered the first victim’s room where she later discovered that both were sexually assaulted. This all allegedly occurred February 2017, one year ago.

The magistrate complaint does not state why it took one year to apprehend the suspect.