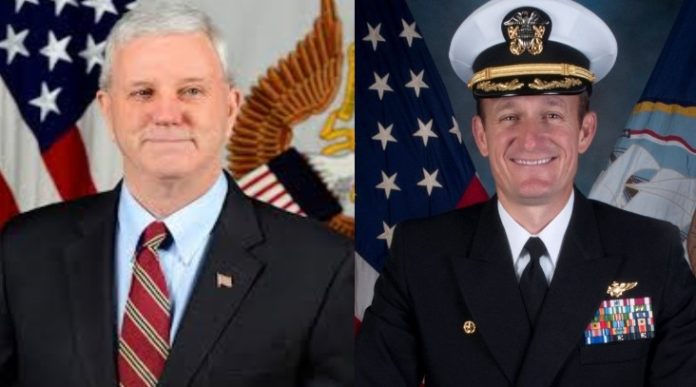 It will be sometime before the Navy’s top brass makes a decision on reinstating Capt Brett Crozier.

Early Thursday morning, Acting Navy Secretary James McPherson issued a statement saying he had carefully reviewed the preliminary inquiry into the COVID-19 outbreak aboard USS Theodore Roosevelt, but he still has unanswered questions.

Following recommendations made by Chief of Naval Operations Admiral Mike Gilday, McPherson said that he has decided to conduct a “deeper review.”

McPherson said he directed Adm. Gilday to conduct a “follow-on command investigation,” to provide a “more fulsome understanding” of the decisions made by the chain of command regarding the COVID-19 outbreak aboard the USS Theodore Roosevelt.

McPherson took over as Acting Navy Secretary after Thomas Modly resigned in the wake of critical remarks he made about Capt. Crozier to the crew of the Roosevelt during a visit to Guam.

The Navy’s latest numbers show 940 positive cases from the ship with 29 recovered sailors.

Navy officials have started returning groups of sailors to the ship who were staying off-base in Guam hotels.

They say after deep cleaning and sanitization, the ship is fully prepared to receive healthy sailors who tested negative for COVID-19 twice in recent days.