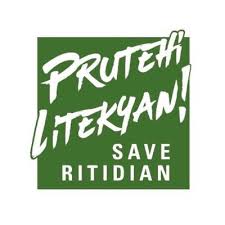 The activist group Prutehi Litekyan: Save Ritidian wants to meet with Gov. Lou Leon Guerrero to discuss the report submitted by the United Nations to the U.S. Government concerning serious human rights violations suffered by the indigenous Chamorro people of Guam.

The group submitted the letter to the governor, requesting to meet with her to discuss the implications of the report.

Flores hopes that governor can work with the Department of Defense and Joint Region Marianas to put a pause on two programmatic agreement projects that are open for public comment.

She added: “The military will say that they’ve done everything they’ve needed to do to engage the indigenous Chamorro community and that’s simply not true. Calling for public comments, having these scoping meetings, pointing out these mitigation plans, these public access plans that are truly not, they don’t encompass all of our issues and all of our concerns and all of the harm that’s really taking place. In fact, they skew the law to benefit the military and all they’re doing is checking off boxes to say they’re taking all the steps to engage with our community.”

Flores says that the construction projects continue to move forward despite the petitions, comments, and protests by local residents.

She still encourages the public to provide their comments and will post updates soon on their social media sites.

Prutehi Litekyan has not heard a response from the Governor’s Office yet but has sent a follow-up e-mail.