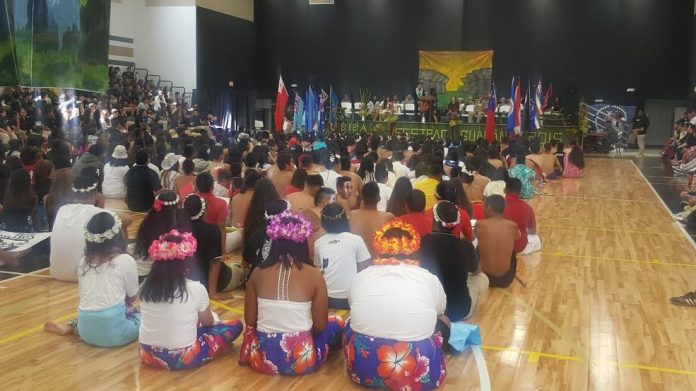 Although the FESTPAC closing ceremony was on Saturday night, there are still delegates on island awaiting their flights back home. GovGuam is still housing and feeding these delegates but the work to clean the schools has already begun.

Guam – Now that FESTPAC is over, the Guam Department of Education is cleaning up the eight schools that were used for housing.

GDOE Superintendent Jon Fernandez says, “We’re still wrapping up trash and debris removal that needs to take place. We’re wrapping up picking up futons and any other equipment that has to go back to FESTPAC. We’re going to work through any other additional maintenance and trash pick up costs to FESTPAC.”

FESTPAC Housing Committee Chairperson Mark Mendiola says because some delegations arrived earlier and stayed later than anticipated, the additional cost for cleaning supplies, cleaners, and catering services will be added to the close-out report for FESTPAC. Mendiola says they will continue to host the last of the delegations.

Fernandez says the department is in the process of clearing out seven of the schools used for housing, except for Tiyan High School which is being used to house the FESTPAC delegations from Kosrae and Fiji still on island. “All of our schools are shut down at this point except for Tiyan High School. We shut down Untalan Middle School earlier today. We have about 57 delegations that remain. The last one will be leaving on Friday,” he says.

Fernandez explains the process of transitioning the classrooms. “What happens after a school closes down is that the custodial cleaners would come in and clean. We’d be centralizing the futons that remain and the other supplies picked up by FESTPAC, and then we’ll start to work to get the schools ready for the school year,” he states.

Fernandez says they’re also conducting annual school visits to get the schools ready for the upcoming school year, which includes making a list of major maintenance issues that need to be addressed before classes start on August 18.

He says, “It’s helpful to be out on the ground to be able to prioritize those deemed as health and safety issues. Those issues that may prevent the opening of the schools on time, we want to make sure those are flagged and prioritized as we go through with the limited resources that we have.”

Today, they visited George Washington High School and Agueda Johnston Middle School. “For instance, in a school like this, they’re identifying issues with the canopy, expensive issues that have been ongoing regarding the deterioration of the tin and plywood construction here,” Fernandez says.

The schools are also getting minor touch ups such as changing light bulbs, replacing door knobs, and painting marks.