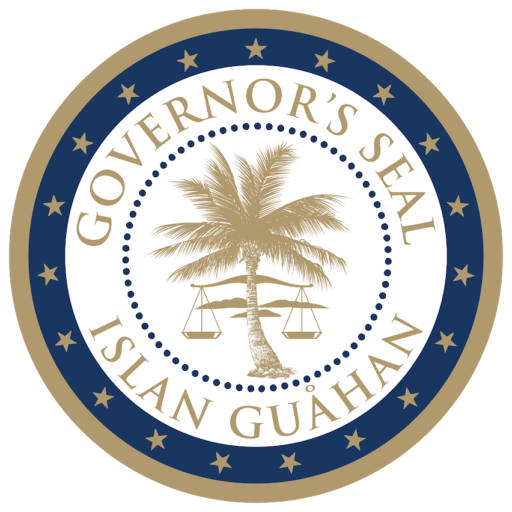 One-fourth of the project will see the striping and marking of about 4 miles of road, starting from the intersection of Route 4 and Route 1 and ending at the intersection of Route 4 and Route 10. That section of road improvement alone, according to Vince Arriola, Director of the Department of Public Works, costs a little over $300,000 and will take anywhere between 6 and 7 months to complete.

When that project is done, said Arriola, they will be moving on to Route 8.

Chalan Pago-Ordot Mayor Gogue thanked the Leon Guerrero-Tenorio Administration for the project. He said that his office gets routine calls about the stripe-ing along Route 4 and the need for it to get redone for safety.

At the ceremony for the project, Governor Lou Leon Guerrero commented that though the pandemic has defined much of her administration, she is committed to ensuring the safety of the people of Guam, which was one of her campaign promises.

According to Krystal Paco-San Agustin, Director of Communications for the Office of the Governor, the project is funded by the US Department of Transportation Federal Highway Administration. She states that the project will cost at most 2 million dollars.