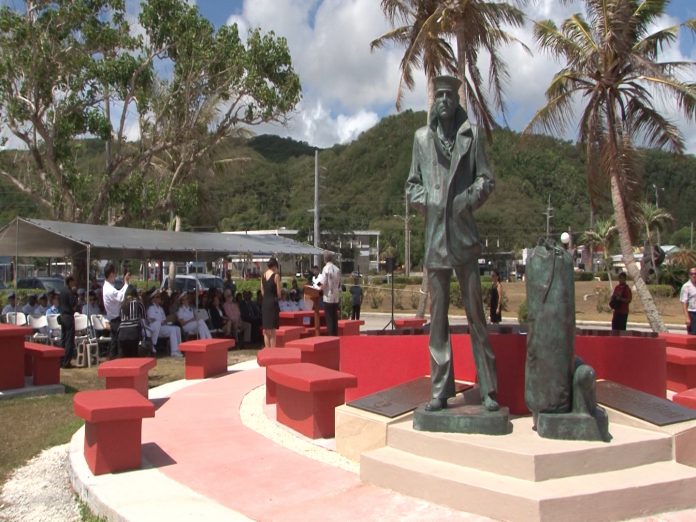 Guam – Standing at around 7 ft. tall, the sculpture of a uniformed sailor in Adelup watches the blue waves of the Pacific. But why is he there?

The event recognized the installation of several plaques that would tell the story of the statue of Guam’s particular Lone Sailor, which is the 16th installed by the U.S. Navy Memorial.

The statue not only honors the relationship between Guam and the Navy, but Operation New Life, the initiative in which thousands of Vietnamese citizens were evacuated from Saigon to find refuge in Guam during the final days of the Vietnam War.

Gazing into the sea, the Lone Sailor will continue to serve as a symbol of respect for past, present, and future sailors.