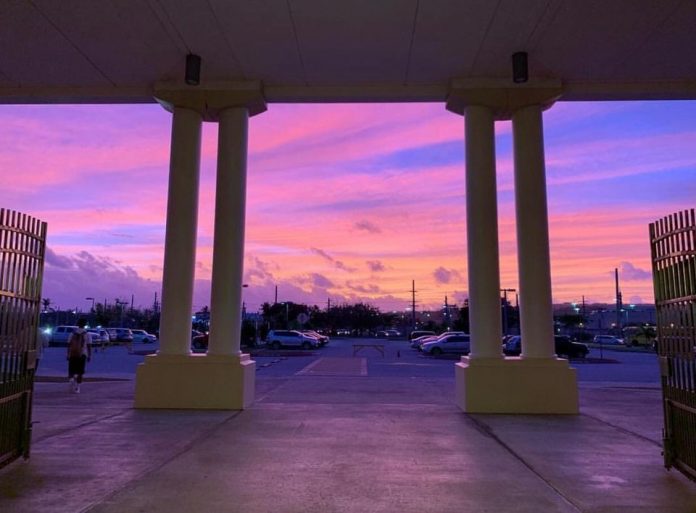 The Government of Guam, along with current leaseholder CAPFA Capital Corp., was successful in refunding the Series 2010 Certificates of Participation (COP’s) (John F. Kennedy High School (JFK) Project) and securing $9 million to finance solar and associated energy improvement projects for the Tamuning school.

With the support and assistance of the Office of the Governor, the Bureau of Budget and Management Research (BBMR), the Department of Administration (DOA) and the Guam Economic Development Authority (GEDA), the government was successful in selling $64.5 million in refunding and solar project COP’s with a net present value savings of $7.9 million (13.99% PV savings), All in True Interest Cost (TIC) of 5.18%, and cash flow relief of about $3 million for Fiscal Year 2021. This effort, designed to achieve upfront savings for the General Fund, will also realize well over $11.5 million in debt service savings in FY2022 through FY2040.

The FY2021 savings of approximately $3 million will be used to fund the budget shortfall of the Guam Department of Education (GDOE). There will be significant savings realized once the solar and energy improvement project is completed by the end of next summer. Refinancing terms include maintaining the maturity date of the initial financing, one year of capitalized interest and a release of the debt service reserve fund which funds were put back into the project.

Despite coming into a municipal market where trading was weak and yields on the AAA scales were on the rise, the performance of the JFK Refunding COP’s was robust with $568 million in total orders placed (8.6x oversold) by 16 total investors. This was the lowest TIC for a long-term Guam General Fund lease transaction (2014 Tiyan, 2010A JFK and 2020A JFK).

“The investor interest in these refunding bonds is evidence of the high level of confidence in Guam’s overall economy, our financial performance, and our ability to meet our obligations even in the face of the global COVID-19 pandemic,” stated Governor Lou Leon Guerrero.

“The finance team responded to numerous investor questions during the 10 days of intense marketing of this transaction detailing the COVID-19 impact on Guam and we secured investor comfort in our management of the crisis, demonstrated by fiscal discipline and the availability of real-time financial reports” reported BBMR Director Lester L. Carlson, Jr. and DoA Director Edward Birn.

The closing of the bonds is scheduled for the late hours of Tuesday, October 13, 2020. For more information, contact BBMR Director Carlson at lester.carlson@bbmr.guam.gov or DoA Director Birn at edward.birn@doa.guam.gov.