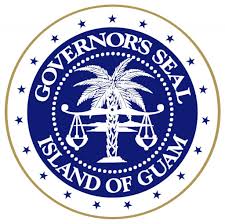 The Office of the Governor has issued the following statement in response to the Republican Party of Guam’s “reality check” attack released earlier today:

“Just a few hours ago, nearly every Republican senator voted to pass a budget funded in part by a Business Privilege Tax at 5%. It takes a great deal of gall to criticize a tax increase and then vote to spend it. Former Governor Eddie Calvo’s Republican Party took a surplus and turned it into a deficit. He then worked to raise the BPT to 5% because the Trump Tax Cuts and Jobs Act reduced GovGuam’s revenue by more than $65 million—something that continues to hurt government services.

“Now, just months before an election, his GOP hopes you’ll blame Democrats for the stuff they did.

“As a woman, Governor Leon Guerrero knows you don’t always get credit for cleaning up after others—you just hope they’d lend a helping hand.”