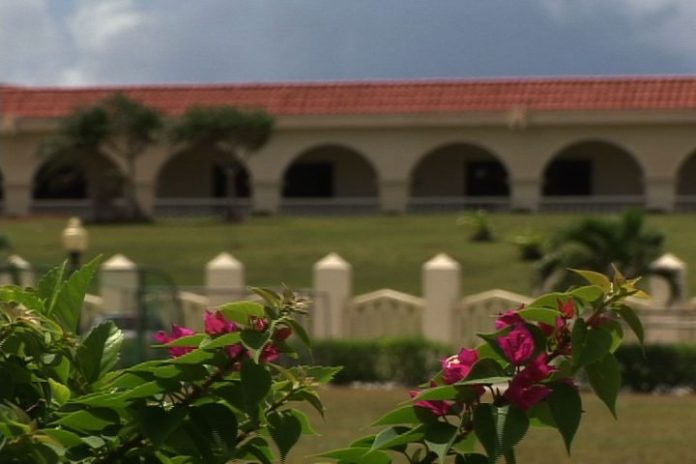 Guam – The Governor’s office is withholding money from the legislature because they believe the legislature owes them over $700 thousand dollars for illegally asking them for money to pay out retro pay and raises last fiscal year. However, Vice-Speaker B.J. Cruz contends that there was nothing illegal about their payments.

“One I have not seen a legal opinion I don’t know of a legal opinion,” said Vice-Speaker Cruz. The Governor’s office issued a release saying that the legislature owes the general fund about $700 thousand dollars for money the Governors office had to transfer to them to cover raises for senators and staffers. According to Adelup the A.G. advised them “that such a transfer was made contrary to law” and the money needs to be returned to the general fund.

So in light of this the Governor’s office is taking the money out of the monthly allotments that are given to the legislature for it’s operations. Vice-Speaker B.J. Cruz says this money for the legislature was authorized via Public Law 32-208 which is the law that gave lawmakers the Governor, Lt Governor and cabinet members their raises. “The provision in the public law that says the Governor is authorized to transfer the money with the intent to implement the law. That’s what Vince asked the Governor to do, transfer the money so we could implement the legislature could implement the increase of salary for the senators. Not one staff member was covered in that $700 thousand so there is no illegal expenditure in that $700 thousand. Those were all elected official increases, said Vice-Speaker Cruz adding, “In fact the Attorney General specifically says in 32-208 there was authorization to make retro pay for the Governor, Lt. Governor the cabinet members and elected officials and elected officials are us.”

Cruz says that out of the $700 thousand they were given the first $400 thousand went towards retro pay for senators in 2014 the remaining $300k was to cover the raises for senators for the last nine months of the fiscal year. “Adelup prepared that bill. It was a special session bill. The legislature made no amendments when we transcribed the bill. We asked for them to send the file because I didn’t want a comma changed in the bill for fear it will be read differently,” said Vice-Speaker Cruz.

The Governor was quoted in his release as saying “However, as I was willing a year ago to work with the legislature, I remain committed to working with them to help them avoid a budget deficit and pay less paydays. I just ask that certain members of the legislature set aside partisan politics and rhetoric to work with us,” said Governor Calvo.