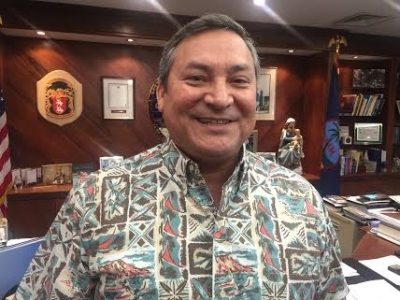 Full repayment is expected by December 2018, which is the last month of the Calvo Tenorio administration

Guam – Adelup staffers will start paying back lump sums according to the governors office.Full repayment is expected by December 2018, which is the last month of the Calvo Tenorio administration.

Staffers at Adelup have started signing promissory notes and payroll deduction authorizations to pay back lump sums originally paid out in 2014.

About 10 current and former staffers, to include former Chief of Staff Frank Arriola, have already signed the promissory note. Arriola has started repayment as a former Adelup employee.

Chief of Staff Mark Calvo reiterated that this issue is a distraction from the work at Adelup.

“The Governor outlined, in his State of the Island address, a progressive agenda for the balance of his administration that includes a successful Festival of Pacific Arts, PATA summit, and a self determination vote,” he said. “We need to focus on the work that needs to be done, such as continuing to improve government services, fixing our hospital and rebuilding dilapidated schools. There can be no distractions moving forward.”

Full repayment is expected by December 2018, which is the last month of the Calvo Tenorio administration.