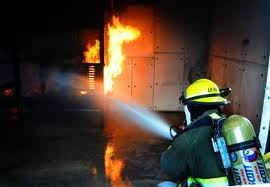 Guam –The administration on Wednesday promised to return the $3.8 million transferred to the general fund from the E-911 Emergency Report System Fund — one of the special revenue funds recently flagged by the Office of Public Accountability.

It has been a month since the Public Utilities Commission ordered the return of money siphoned from the E-911 fund.

So where is Adelup in this process?

Press Secretary Krystal Paco said the PUC order mandated the reimbursement to be done within 120 days of the order. The Department of Administration will have to comply with that schedule, but it will depend on the availability of funds.

“There are two steps,” Paco said. “First, the book entry effective 9/30/18 is being made as a post closing adjustment to establish a receivable in the 911 fund. The second is to satisfy the receivable with a payment.”

But where exactly will the reimbursement fund come from? Paco said it will come from the general fund, which the government anticipates to reflect higher tax collections in FY2019.

The administration is confident tax collections will raise enough revenues to make the reimbursement happen without increasing the government deficit and shortchanging other agencies.

Last year, the Federal Communications Commission scolded Guam for diverting E-911 funds and using them for non-related expenditures. Guam was among the list of U.S. jurisdictions that failed to submit E-911 financial reports to FCC.

Revenues collected for the E-911 fund come from the 911 surcharge levied by carriers on phone users. This fund is supposed to be used by the Guam Fire Department solely for enhancing the 911 system.

Guam Fire Department Assistant Chief Joey San Nicolas said the department will have the ability to purchase a New Generation 911 system outright instead of leasing it with the return of the funds.