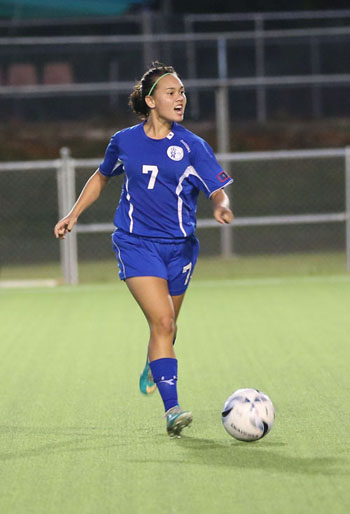 Guam – Sabrina Wiegand saw an opportunity in Guam’s attacking half she could not waste.

Wiegand hustled to get to the corner of the pitch for control of the ball and sent it toward the goal to find teammate Colleen Naden. Naden finished the play to score in the 48th minute against Korea Republic in an opening day match of the AFC U14 Girls Regional Tournament in Beijing, China.

The Guam U14 Girls national soccer team tried to tack on more goals with 22 minutes left to play, but there wasn’t enough time to come back from the 3-0 deficit at halftime.

Korea Republic’s Oh Hyebin opened scoring in the contest off a shot in the 10th minute. Two minutes later, captain Baek Yurim also scored and by the 20th minute, Oh completed a brace – but that was all Guam would allow, shutting down its opponent for the remainder of the game.

The top two teams from each Group will advance to the East region semifinals beginning June 7.