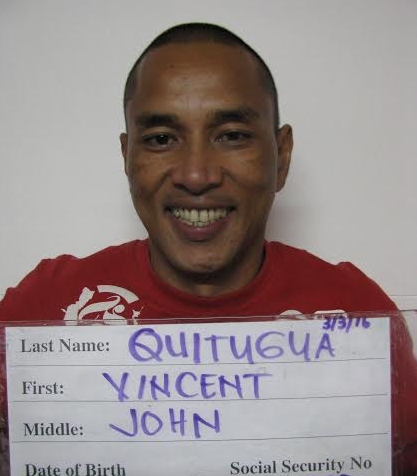 When asked about his response on Vince Quitigua, a former ESL math teacher at Jose Rios Elementary, GDOE Superintendent Jon Fernandez said “Mr. Quitugua no longer works for the department.”

Guam – Guam – More details released in the case of a former teacher at Jose Rios elementary who authorities suspected to be a known drug dealer in the Piti area for years.

According to court documents DEA agents received information from a source that led to the raid on Vince Quitugua’s property. Armed with information from the source and past intelligence, DEA agents concluded that Quitugua is a public school teacher who, “deals in the Piti area.” The affidavit states that on Feb 28, 2016, the DEA’s source of information was invited to Quitugua’s residence where Quitugua showed the source a pound of crystal meth. Furthermore, the source states that they personally saw at least thirty marijuana plants located throughout Quitugua’s house. On march 3rd, based on the information from the source, DEA agents and homeland security raided Quituguas house and obtained 121 marijuana plants, 75 grams of methamphetamine and two 12 gauge shotguns. Quitugua is charged with possession with intent to distribute marijuana and four counts of a drug user in possession of a firearm. On Vince Quitigua, a former ESL math teacher at Jose Rios Elementary, GDOE Superintendent Jon Fernandez said “Mr. Quitugua no longer works for the department.”