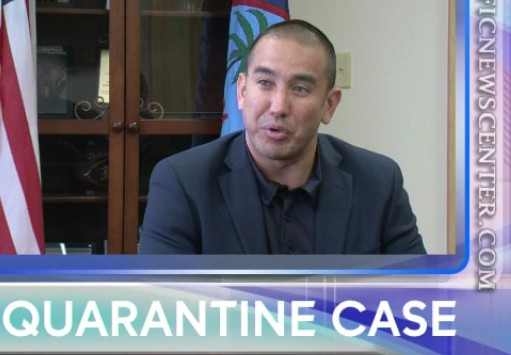 Attorney General Leevin Camacho broke down the Superior Court of Guam’s decision regarding the quarantining of Eugene Igros and his family was against their will.

Mbakwem submitted to the court a declaration explaining the current 14-day quarantine which is derived from guidelines and recommendations regarding COVID -19 as promulgated by the Centers for Disease and Control. In Judge Iriarte’s decision, she opined that the Igro’s detention was involuntary.

While the court recognized that continued quarantine of the Igros family is reasonably necessary to prevent or limit the transmission of COVID-19, they should be released from government quarantine if tested negative on the 12th day of quarantine as they pose a reduced risk of transmission.

The court, however, is highly concerned that DPHSS continues to quarantine individuals without having faithfully abided by Guam law.

“It is clear that the Governor mandated the quarantine of the Igros family and others, overriding any notion of voluntary quarantine for these persons,” the court stated, adding that by choosing not to follow Guam law, DPHSS disregarded the Igros’ family’s fundamental civil liberties embedded in the 14th Amendment.

Attorney General Leevin Camacho was on K57 this morning with Logan Reyes stating that the big question is how much involvement the court should have in managing Guam’s response to the pandemic. He says this is unique because its the first time the court has micromanaged a case.

“My understanding of the case is there was initially consent or they agreed to quarantine and then they changed their mind along the way. And that’s why they filed these court proceedings. So even if you don’t agree to quarantine under the law, Public Health can hold you without notice for up to ten days and on the 10th day public health is required to file a petition with the Superior Court to justify why it should be allowed to hold you for any additional period,” Camacho said.

Today marks the 14th day of quarantine for the Igros family and as the AG points out, Iriarte’s decision did not result in their release. Instead, the judge took it a step further looking at Public Health’s handling of quarantine operations.

AG Camacho says the Igros case isn’t the first to be brought before the court. He says there were at least two cases in March wherein travelers from the Philippines were being quarantined upon arrival to Guam. He also points to a Supreme Court decision in Hawaii where the state’s Public Health directives involving quarantine and response was questioned. He says the Supreme Court opined that Public Health shouldn’t be second-guessed.