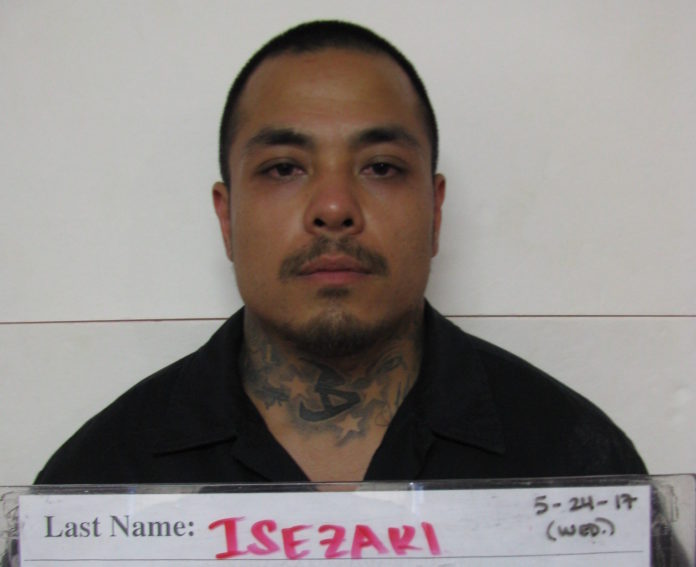 Guam – Six Department of Correction Detainees remain to stand trial in the murder of fellow detainee Manson Ernest as a decision to dismiss the case against a second defendant comes at good cause.

Jeremiah Isezaki was indicted in the murder of DOC Detainee Manson Ernest on charges of solicitation and conspiring to commit murder but as court documents reveal the charges have nothing to do with Ernest’s murder.

In fact in a decision and order by Superior Court Judge Anita Sukola she indicates that the allegations of conspiracy and solicitation to commit murder does not identify Manson Ernest as the target instead another individual who is an alleged eye witness to another alleged crime involving Isezaki.

While Sukola denied Isezaki’s motion to dismiss him from the murder of Ernest this revelation was grounds for granting Isezaki a separate trial in the matter.

“The evidence against defendant Isezaki is anticipated to be entirely different from the evidence related to his co-defendants,” stated Sukola.

But in a turn of events, this afternoon the government requested to dismiss the case without prejudice against Isezaki.

Isezaki’s attorney Mitch Thompson did not oppose the dismissal however he did argue that the dismissal should be with prejudice noting that the government was making the request on “the eve of trial.”

This is not the only order to come out of Sukola’s courtroom.

Sukola also sided with the government in finding good cause to delay the trial which was slated to begin on Monday.

The government made the request to allow additional time for DNA results to arrive from the FBI. The DNA swab samples were collected from each defendant earlier this week and as the government indicated could take up to six months to receive the results.

In granting the request for delay Sukola stated, “delaying trial to await the DNA results is potentially to the various defendants’ benefit as the results may be exculpatory.”

This means that the results not only could link the defendants to the crime but could also exonerate them if the test were negative.

This decision also vacates the trial set for Monday pushing it back by one month to August 14th.Judge Anita Sukola previously granted the 6 remaining defendants the opportunity to visit the crime scene and today is the day.

The defendants and their attorneys made their way into the Hagatna Lock up for a chance to view the Bravo and delta block two out of three areas where Manson Ernest was allegedly beat to death.

This is the second crime scene visit, the first was to the Superior Court Detainee Holding cell. Another visit will be scheduled during the course of the trial to allow the jurors an opportunity to also view the alleged crime scenes.