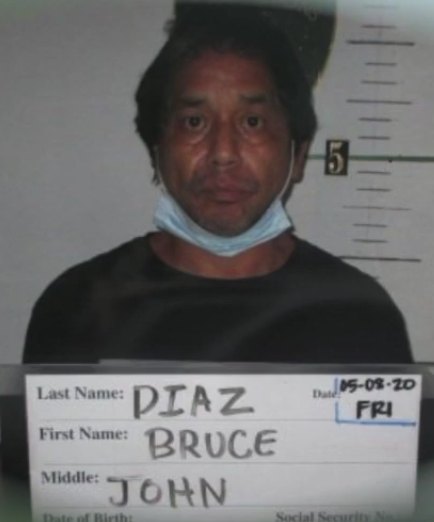 The Attorney General’s Office may not have ruled out pursuing additional charges against the man who supplied the gun in the Mongmong murder, telling PNC news that the investigation is ongoing.

Bruce A. Diaz has not been named as a co-defendant in Juan Mendiola’s case even though police said the raid on Diaz’s home was related to Peter Rios’ death investigation and Diaz provided the murder weapon to Mendiola.

When police arrested Mendiola a day after the shooting, they accused him of destroying evidence. They could not confirm for PNC if the murder weapon was recovered.

Diaz’s magistrate complaint revealed that the gun was ditched, and it was Diaz who gave the order to get rid of the gun.

PNC asked the Attorney General’s Office why charges related to Rios’ murder were not pursued in the complaint filed against Diaz — charges such as guilt established by complicity or aiding and abetting.

While these offenses relate to whether a person has aided or induced another person to commit an offense, it hinges on individual culpable mental state, mitigating factor, and whether there was intent to kill, and this is shared with the perpetrator.

OAG Spokeswoman Carlina Charfarous says they can not comment on an active and ongoing case.

The OAG has stated that to pursue charges, the OAG must believe they can prove it in court beyond a reasonable doubt.

Charfauros says that charges can be added to any case through a superseding indictment.

She further stated Diaz was arrested and charged based on the police reports received and it is still an active and ongoing investigation and case.

Diaz is facing charges in a separate case related to drugs and illegal firearm possession and transfer. His case is set for a preliminary hearing on May 19.