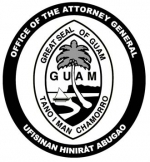 The Office of the Attorney General filed a motion requesting that the plebiscite lawsuit be dismissed. You can read the AG press release below.

(Press Release) – October 30, 2015, TAMUNING, GUAM — Today, the Office of the Attorney General filed a motion for summary judgment in Davis v. Guam, requesting that the plebiscite lawsuit filed by Plaintiff Arnold “Dave” Davis in 2011 be dismissed on the grounds that Defendants Government of Guam, Guam Election Commission, and its members, are entitled to judgment.

“Plaintiff cannot make a case of discrimination under either the U.S. Constitution or the statutes of the United States,” according to Attorney General Elizabeth Barrett-Anderson, and Special Assistant Attorney General Julian Aguon.

The challenged Guam Decolonization Registry Law is facially neutral and does not discriminate against anyone on the basis of race. The vote turns only on whether a person gained his or her U.S. citizenship through the operation of the 1950 Organic Act of Guam. Guam statutory definition of “native inhabitants of Guam” reflects Congress’ use if the term pursuant to the exercise of its plenary power in the unincorporated territories.

The challenge to the plebiscite based on racial discrimination is unfounded. The plebsicite seeks only to allow “those persons whose citizenship was effectuated by the enactment of Guam’s Organic Act” to express their desires regarding future political relationship with the United States. Neither the Fifteenth Amendment nor the Voting Rights Act was designed to prohibit this kind of political expression.