Attorney General Leevin Camacho is not throwing in the towel in the Ordot Dump lawsuit against the U.S. Navy, saying he disagrees with the recent decision issued by the United States Court of Appeals for the District Court of Columbia.

Camacho says they are looking at filing a petition for a re-hearing before the District Court of Columbia by the end of March.

If that’s not successful, the AG said they will look at filing a case with the Supreme Court.

In 2017, Guam initiated an action against the United States, arguing that the Navy was responsible for the Ordot Dump’s contamination and sought to recoup the landfill closure and remediation costs to the tune of over $160 million.

But according to the United States Court of Appeals for the District Court of Columbia, Guam is over a decade too late.

The court held that the Ordot Dump consent decree with the U.S. Environmental Protection Agency in 2004 triggered Guam’s time to start filing a CERCLA contribution case.

While the court acknowledged that the United States deposited dangerous munitions and chemicals at the Ordot Dump for decades and left Guam to foot the bill, they also stated that the time period to file a CERCLA claim lapsed in 2007. 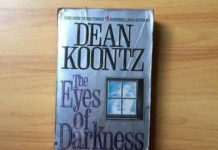 Did a novelist predict the coronavirus in his 1981 thriller?