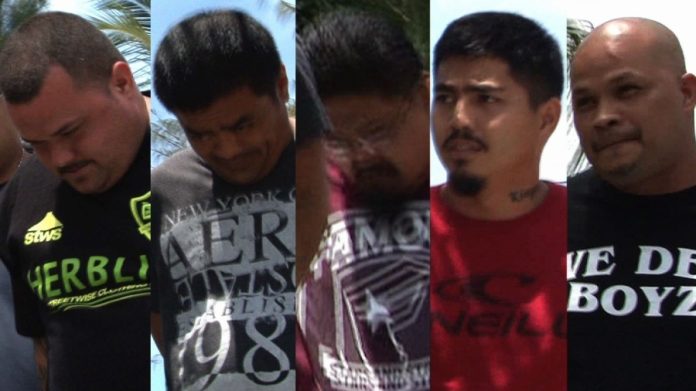 At least two police officers were present. It’s not clear if they were on or off duty at the time of the brawl.

Guam – At least two police officers were present during a brawl at the Dededo cockfight late last month, according to court papers.

Santos, Concepcion and four others, Daryl Wilis Peredo, Christian Medina, Rodel Alforque and Rocindo Alforque, were all arrested and charged with felony rioting.

Five of the six suspects appeared in court today. Santos did not appear, according to defense attorney Dave Lujan, who notes that he was not yet served.

All five were released on $5,000 performance bonds and ordered to stay away from the victims as well as the sport dome. However, attorney Lujan asked that Rodel Alforque still be allowed to visit the dome since he works there.

Judge Alberto Tolentino agreed to make the exception for Rodel Alforque to continue to manage the restaurant he operates at the Dededo cockfight.