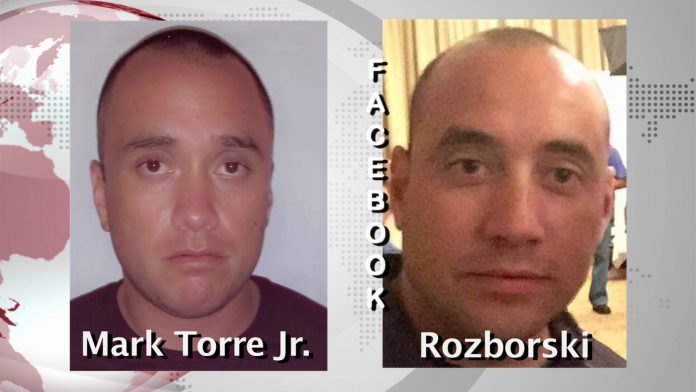 The Attorney General’s Office investigator now concedes that the man he saw at a barber shop inside Andersen Air Force base was NOT Police Officer Mark Torre Jr. The AG’s Office will withdraw their motion.

Guam – A bizarre development in the Mark Torre murder case–apparently it was just a case of mistaken identity when an investigator at the Attorney General’s Office says he saw the accused cop killer at a barber shop over the weekend while he was supposed to be on house arrest. Turns out, the man at the barber shop was doppleganger.

The Attorney General’s Office late yesterday filed an ex-parte motion in Superior Court seeking to have the court revoke Police Officer Mark Torre Jr.’s supervised release and have him sent back to prison.

The reason? Attorney General Elizabeth Barrett-Anderson says investigator Bryan Cruz saw Torre at a barber shop inside Andersen Air Force Base on Sunday afternoon. Cruz even wrote in a sworn declaration that he went as far as shaking Torre’s hand.

Torre is currently out on house arrest, charged in the murder of fellow Police Officer Sgt. Elbert Piolo. Torre was ordered to stay home and was only allowed to leave to meet with his attorney or probation officer, for emergency medical treatment or for religious services.

Torre’s attorney, Jay Arriola was quick to refute Cruz’s claims today saying he’s not sure who was at the barber shop, but it definitely wasn’t his client. Torre’s wife, Julia Marie Torre, filed a declaration of her own, vouching for her husband as his alibi saying her husband was home all day on Sunday.

Julia Torre also pointed out that her husband has a set of clippers at home and is bald, why would he need to go to a barber shop?

It turns out the man at the barber shop wasn’t Torre. The AG’s Office today withdrew its ex-parte motion, admitting that this whole shake up was a case of mistaken identity.

So who was the man at the barber shop? A man who apparently gets mistaken for Officer Torre all the time: Parole Officer Michael Rozborski. Rozborski, according to the AG’s Office, contacted them today to clear up the confusion.

Rozborski says he first heard the reports through the media and realized that the man Cruz saw at the barber shop was actually him. Cruz and Rozborski met again today putting an end to the mix up once and for all.

Cruz filed a second declaration writing “my observations on Sunday, August 9, 2015, of Mr. Rozborski, while at the barber shop at Andersen Air Force Base, is now, in fact, a case of mistaken identity.”

In a statement, defense attorney Arriola said that Cruz should “exercise greater discretion and investigate his claims prior to requesting warrants of arrest for bail violations based merely on speculation and innuendo.”

Meanwhile, Officer Torre’s next hearing is scheduled for August 20 at 9 am.