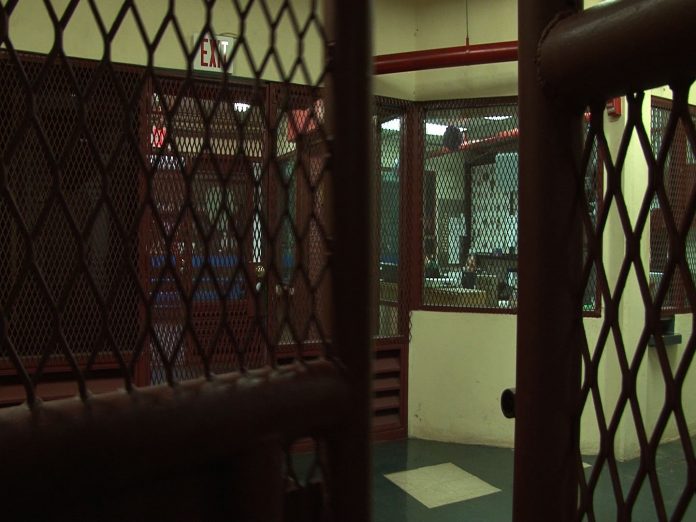 Assistant Attorney General Kathy Fokas says she’s hopeful that Guam Department of Corrections and the US Department of Justice can make a joint submission as to when they recommend the case be closed.

Guam – Chief District Court Judge Frances Tydingco-Gatewood went on a tour of the Department of Corrections facility today to get a first-hand understanding of the improvements the agency has made as part of their court-ordered mandate. The attorney general’s office indicated they would like to end the stipulated agreement within the next six months.

It’s been 24 years since the Department of Corrections signed a stipulated agreement with the US Department of Justice to meet federal standards for a correctional facility and just two years ago, DOC was far from meeting that agreement. But just in the last 18 months, it appears that DOC has made significant progress.

Kathy Fokas, the assistant attorney general assigned to the case, detailed the progress they’ve made so far. Initially, Federal Judge Alex Munson, back in January of 2015, gave DOC a series of deadlines to meet ranging from 30 days to 9 months. The deadline was extended, however, to give DOC more time to meet the deadlines.

Just some of the areas that needed improvement were:

During the tour of the infirmary, GMH Director of Nursing Zena Pacina gave an update of the significant changes and progress they’ve made in the nursing area. She says DOC went from having a shortage of nurses to now having six nurses.

They went from having no clinical psychologist to now having one. Attorney Fokas pointed out that under their old system, they had a medical director who was getting paid $350,000, while now they have a memorandum of understanding with the Guam Memorial Hospital which is now providing the medical care for the DOC population.

Under that arrangement, GMH Medical Director Dr. Larry Lizama also assumes the role of medical director for DOC, but there is also an physician assigned to treat the prison population, Dr. Randy Langford.

Fokas says they’ve completely overhauled their infirmary to operate more like an outpatient facility. Because of the changes they’ve made, Fokas says Dr. Langford has been able to catch up to their backlog of sick calls and address all the acute care and chronic care needs.

In terms of their intake hub, DOC Deputy Director Carla Borja says they now have one area for all intake where every incoming prisoner is screened. Previously, she says, they had more than one intake hub for processing in and processing out. This, she points out, provides an extra layer of security.

Attorney Fokas says they have also made significant improvements in other areas in order to meet the court-ordered deadlines. The only two areas still pending deal with their electronic locking system and a review of their medical system.

Fokas indicated that if the electronic locking system is put out to bid and the installation completed within the next two to three months, she is hoping that the stipulated agreement would be satisfied within 6 months and therefore case closed.

However, Department of Justice Attorney Jeffrey Murray, who joined in through a conference call, said Fokas’ time frame may be optimistic. Murray noted that review of the medical assessment at DOC would take at least two months.

If there are no outstanding issues found during that review period, he said DOJ and DOC could then come to an agreement for a joint submission for recommendations as to when the case could be closed.

The next hearing for the case is scheduled for September 2 at 9:30 am.