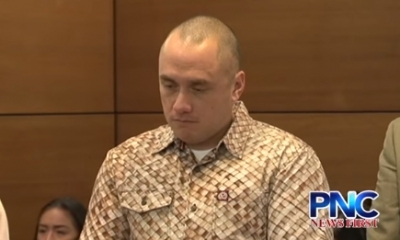 The Attorney General’s office is fighting the recent decision made in the case of convicted killer Mark Torre Jr and what restitution he should pay to the family of slain Officer Elbert Piolo.

Guam – In March, former police officer Mark Torre Jr was convicted of negligent homicide as a third degree felony, and aggravated assault with possession or use of a deadly weapon in the commission of a felony.

But how much is a life that has been taken worth? Is it $4,960.00 or $1.8 million or perhaps another amount. That is what the prosecution is arguing.

During a restitution hearing held on August 2, Chief Prosecutor Phil Tydincgo stated that the loss of economic support endured by Piolo’s four children totals over $987-thousand dollars. That amount is based on Piolo’s annual base salary of $54,851 and does not factor in the salary he was earning as executive security for the LT Governor or his income as a business owner and musician.

Last month, Torre was ordered to pay five-thousand in restitution after the court agreed that lost wages are not recoverable under the criminal courts.

But the AG’s office doesn’t agree. On Tuesday they notified the Superior Court, that they will be filing an appeal to the restitution order with the Supreme Court of Guam.